The Unwanted Wife by Natasha Anders

Theresa de Lucci married for love but, after the ceremony, she realizes her husband despises her.

At first she endures the emotionless union but her heart breaks every day more until she can’t deal with the pain any longer.

She’s not going to live her whole life waiting for Alessandro’s love.

When she asks him for a divorce he refuses and soon the reason behind his hatred is revealed.

There’s a binding contract Theresa’s father forced Alessandro into, in order to grant his dying father’s lifelong wish.
His only way out is getting her pregnant with a baby boy, an heir.

He believed Theresa knew ALL about it, if she didn’t there’s no reason for everything he has put her through…

She’s destroyed by the revelation and when she finds out she’s actually pregnant she wants to stay away from Alessandro and all the pain their union caused her.

How will Alessandro make up for so much nastiness and pick up the pieces of a marriage that has never truly begun?

How will Theresa be able to trust him again with her heart?

“I can’t go back to being the naive girl who loved you with all her heart.”

“But maybe…the woman who replaced that girl could find a way to love the flawed man she’d once placed on a pedastal he had no business being on?”

Just the right amount of angst for this kind of plot.
I really really liked it!

I’m not rating this book five stars because I’m not a big fan of misunderstandings easily solved by TALKING to each other.

Even so, I absolutely LOVED when Theresa showed her backbone, and thankfully the book starts right on that note.

She goes from very naive to growing up BIG BALLS to Martyr to balanced and fulfilled… what a journey!

Even if her “martyr attitude” showed up making me love her character a little bit less, I really enjoyed the ride.

Alessandro redeemed himself doing all the right things…

Not only I believed him, he won me over completely!
I didn’t think I could change my mind so much about him.

He’s an asshole to her and he had also allowed everyone to believe he had a life outside the unwanted marriage, making her miserable and me super-angry…

…when in fact he was faithful from day ONE!

By the end I was pretty much in this frame of mind: 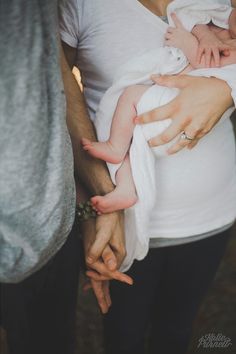 Writing:  4 /5
Plot:  4 /5
Hero: 4 /5
Heroine:  4 /5
Secondary Characters:  4  /5
MC’s chemistry:  4 /5
Triggers: Some OW drama (usually I hate it but here the plot worked out for me because there’s NO emotional or physical CHEATING of any kind), Miscommunication.
Recommended to: Adult Romance Readers that enjoy Angsty and Hate-to-Love stories.

‘Theresa had finally realised that there would be no thaw; their marriage was a perpetual winter wasteland and if she ever wanted to feel the warmth of the sun on her face again, she had to get out of it. Unfortunately, she now knew that escaping would be trickier than she had thought.’

“You have never been my husband. A husband loves, honours and cherishes! A husband is a lover and a champion… Look into the next room if you want to see what a real husband is, because you
are no such thing!”

“Suddenly it felt like there was a ticking time bomb in the house. I didn’t have all the time in the world to make you love me again; I had only a few short months.”

The Unwanted Wife by Natasha Anders