Playing With Fire by Cynthia Eden 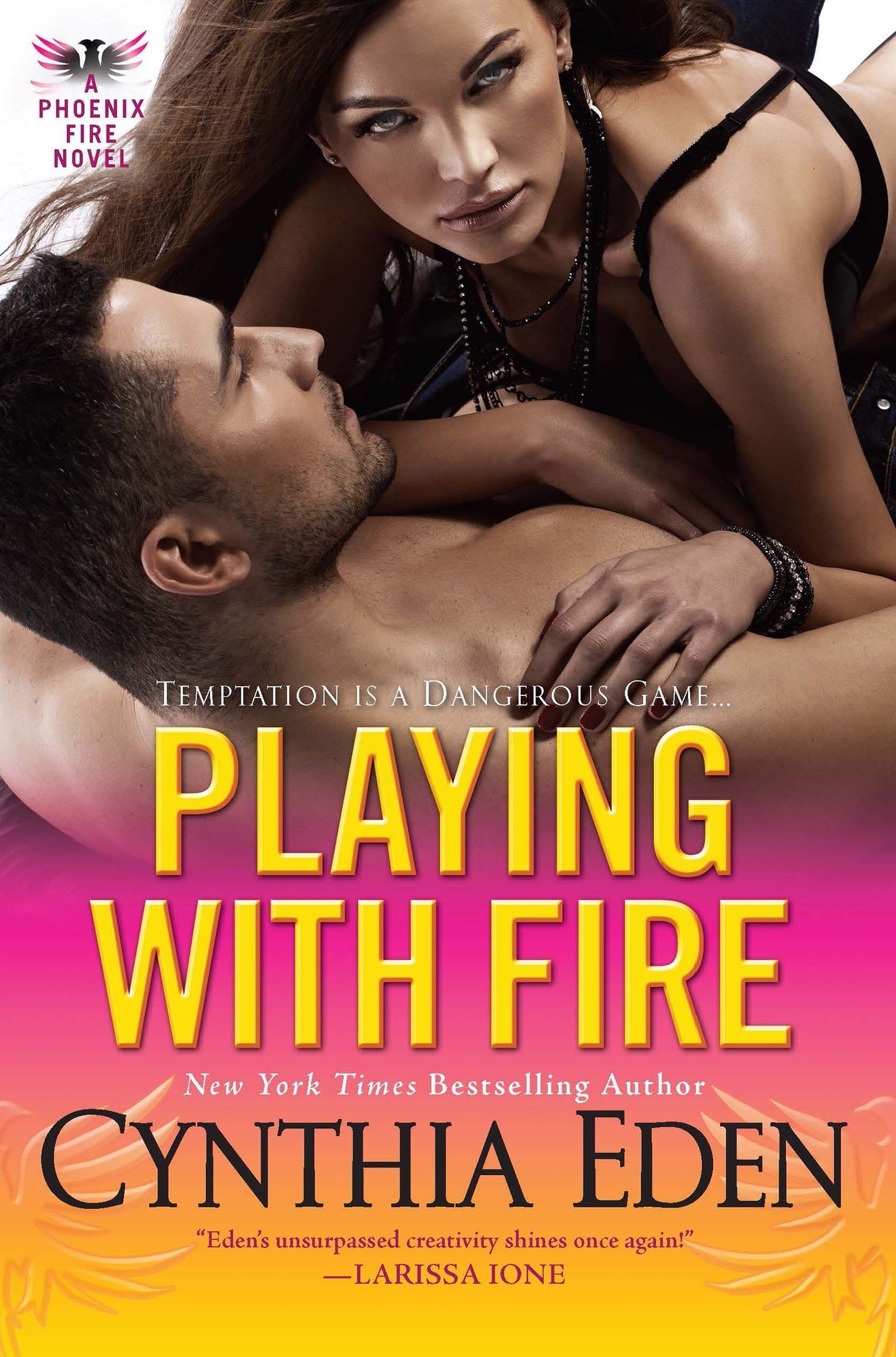 Dante is a Phoenix, so old and powerful he’s known as “the immortal”.
He was captured and tortured by the men of project “Genesis” for years, until a little girl changes his life.

Cassie Armstrong, daughter of the lead scientist of the project and brilliant doctor herself, has been part of “Genesis” from an early age.

The first time Cassie meets Dante, she’s a 8 years old girl trying her best to help him even if she’s just been traumatized by her father’s experiments on her.

She grows up hating “Genesis” and her father, but she decides to stay within the program and learn everything she can with one objective in mind: Bring life where her father had brought only death and disruption.

Dante and Cassie’s connection grows and she does her best to accomplish her goal and escape a madman she once believed close to her.

When she discovers there’s more to her DNA and that’s the reason behind her father’s experiments on her, things get even more complicated…

Very engaging plot, I haven’t read a Paranormal Romance that was this level of good in a long time!

This is also the first book I’ve ever read about Phoenix shifters!

There’s action, there’s romance, there’s plenty of chemistry and a solid plot that kept me interested from beginning to end.

This book is part of a series and I believe I would have enjoyed the world this author created even more, if I had begun with the first book in the series.
Starting with the last book, I had the feeling I had missed on a lot of things about the “project Genesis” setting, a government project focused on studying paranormals and experimenting on them.

That said, I really enjoyed the story anyway because I felt nothing major missing from the plot line following the MC.

The author gives us everything we need to know to understand where both Cassie and Dante are coming from and, most of all, I enjoyed Cassie as a leading lady.

On the other hand, Dante is more an “anti-hero” than a “hero” because all he cares about is himself and Cassie’s safety while everything/everyone else can easily be killed or left behind in a heartbeat.

I had mixed feelings about Dante’s “mine” attitude and his true feelings toward Cassie, especially when a major thing about her is revealed.

Though I have to say, by the end of the book, I was definitely convinced of his love for Cassie and so very happy about their Happy Ending.

I’m curious about the beginning of project “Genesis” and about this book’s secondary characters stories hence, in the future, I’ll definitely check out the first 2 books.

⭐ 4 Stars ⭐
Playing with Fire by Cynthia Eden is book #3 (the last) in the Phoenix Fire series. Can be read as a STANDALONE but if you want to know more on the actual “Genesis project” I’d suggest reading the books in order.

Writing: 4 /5 I listened to the Audiobook
Plot: 4 /5
Hero: 3.5 /5
Heroine: 4.5 /5
Secondary Characters: 4 /5
MC’s chemistry: 4 /5
Steam: 3.5 /5
Triggers: Explicit Scenes, some violent fight scenes, hero sometimes loses his memory when coming back to life and doesn’t remember about heroine (once, in the first few pages, she catches him at a bar with someone else).

Playing With Fire by Cynthia Eden