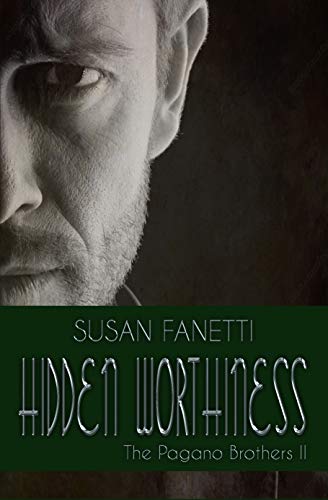 Donnie “The Face” Goretti, is 46 years old and he’s the underboss of the Pagano Brothers, a Mafia family.

People call him “the face” because the right side of his face is extensively scarred but very few know that his deepest scars are not visible on the outside.

He meets 31 years old Arianna Luciano, a principal dancer with the Rhode Island Ballet, and the attraction is instant.

Sparks fly but Donny screws up and Arianna flees.

When he realizes her association to him might throw her in the middle of a dangerous situation, their paths cross again and, while trying to protect her, the attraction develops into more.

Arianna is brave enough to stand up for herself and her genuineness is able to break through the steel wall he’s built around his heart.

The “ballet” setting was a good change of “scenery” for me and I believe it was very well portrayed, the story was engaging from beginning to end.

Donnie & Ari reminded me a bit of Christine and the “Phanthom” in the famous Phantom of the Opera story but the actual plot hasn’t much in common with it.

The comparison probably came to my mind just because they meet at an event for Ari’s company’s production of The Phantom of the Opera.
I LOVE the 2004’s movie with my beloved Gerard Butler, I keep the entire soundtrack on my ipod and think of him when I listened to it!  XDXDXD

Oh well…that’s a digression, let’s get back to Susan Fanetti’s book ^_^

The MC chemistry was good but Ari’s quick jump into love didn’t convince me.

I think her reaction after their first night together (when he screws up because he treats her like an escort) was powerful and well written and, for once, the heroine reacts believably to that kind of situation.

Often heroines justify a wrong or rude behavior because the hero is troubled, as if they are able to read heros’ mind and motives, which is something that unfortunately happens in real life too.😣

Donny’s actions can be explained knowing his past and his issues BUT that doesn’t mean they’re justified.

After such a strong reaction from Arianna, I expected a more gradual building up of their relationship when they actually clear things up. I didn’t expect insta-love on her part.

That said, I enjoyed the way she’s able to make him trust her enough to open up about his scars and issues.

I fell in love with Arianna’s BBF and fellow ballet dancer Julian, he’s truly THE BEST friend and colleague a person could have😍.

Triggers:  Hero doesn’t like to be touched especially his scarred face, Violence, Sex with OW (a prostitute, he hadn’t met the heroine yet), Mafia Business

Recommended to: Contemporary Romance Readers in the mood for romance in a mafia setting with a scarred hero.